Alumni Lance '85 and Julie Crenson Fritz '85 recognize that college students today deal with issues that simply didn't exist when they attended Bucknell in the early 1980s. Two prominent examples include bombardment with negative news and the compulsion to curate a flawless online persona.

"The pressures students face are much different than the pressures we faced, and in many circumstances those pressures are increased, or have become more targeted and focused," said Lance Fritz, a mechanical engineering major who is now chairman, president and CEO of Union Pacific, the world's largest publicly traded freight railroad. "It can be really hard for students today to build self-esteem and feel like they belong."

Through their long-standing, close connection to Bucknell, the Fritzes have gained an appreciation for the resources offered to students by the Counseling & Student Development Center, Bucknell Student Health and coordinated faculty and staff efforts to identify and aid those who may be dealing with issues like anxiety, depression or addiction.

It was their compassion for students that inspired the Fritzes to enhance Bucknell's support system in an innovative way that almost no other school has tried.

"For a young person who is caught up in an addiction situation, having resources available to help them continue at school and work toward their degree can mean everything for their recovery and future success," said Julie Fritz, who graduated with a mechanical engineering degree, as well.

In April, President John Bravman announced to the Board of Trustees that the couple has committed $3 million to endow Bucknell's dean of students position, which will now be known as the Fritz Family Dean of Students in recognition of their generosity. Bravman noted that "the endowment empowers Bucknell to expand student support services beyond the Counseling & Student Development Center and foregrounds the importance of mental wellbeing in the lives of Bucknell students." It is believed to be only the third endowed position for a chief student affairs officer in the country, Bravman said.

Focus on Student Health & Wellness
Funds created by the endowment will enable Bucknell's Division of Student Affairs to further enhance student health and wellness outreach, including alcohol and other drug abuse prevention efforts.

For a young person who is caught up in an addiction situation, having resources available to help them continue at school and work toward their degree can mean everything for their recovery and future success.

Funds will also support initiatives that focus on belonging and connection, with an emphasis on developing healthy lifestyles and outdoor pursuits, explained Dean of Students Amy Badal.

"I am deeply grateful for the generosity of Lance and Julie and their commitment to bettering the lives of current and future generations of Bucknell students," Badal added. "The fund will support our efforts in providing a holistic approach to caring for our students and ensuring we have appropriate resources and initiatives in place to support their growth, development and overall success."

Strengthening Student Support
The gift is the latest in a series of recent efforts to provide a caring and supportive living-learning community where all Bucknell students can thrive and explore. Thanks to a gift by Trustee Emeritus Bill Graham '62, in 2016 the University opened the Graham Building, a 36,000-square-foot home facility bringing Bucknell Student Health and the Counseling & Student Development Center together under one roof, enhancing opportunities for integrative care. The increased space afforded by the Graham Building has enabled Bucknell to greatly expand programming to promote wellness and destigmatize mental health, including mindfulness, meditation and art therapy activities, in a space that's central to student life. Student Affairs has also recently embarked on efforts to identify and aid students who may face food insecurity on campus.

The Fritzes said they've noticed and admire the University's commitment to student health and wellness, and believe their gift will enhance those efforts even further. They also hope it will aid even more students, including those who might otherwise hesitate to approach a health-care provider about mental health issues.

"The administration today is engaging students and trying to be a positive presence in a way that's fundamentally different from what I experienced — and I applaud them for it," Lance said.

"It can make the difference between a student succeeding or deciding to leave," Julie added. 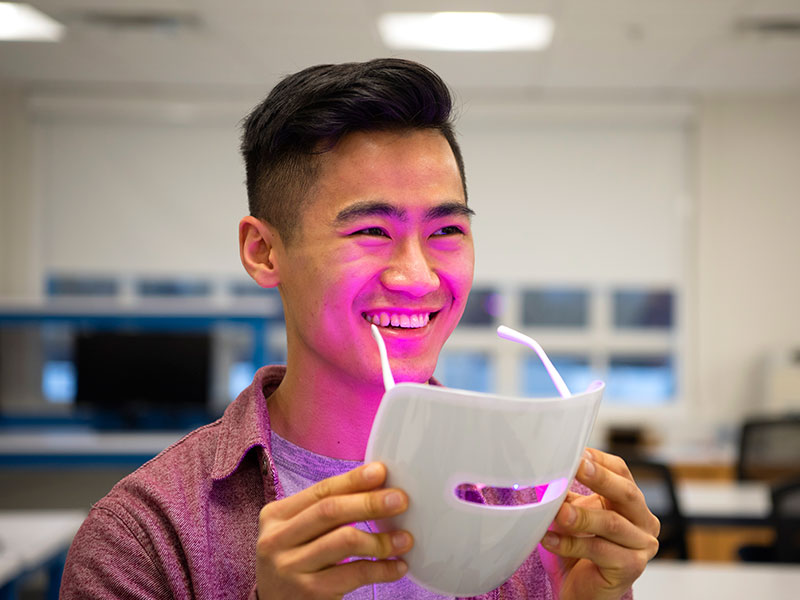 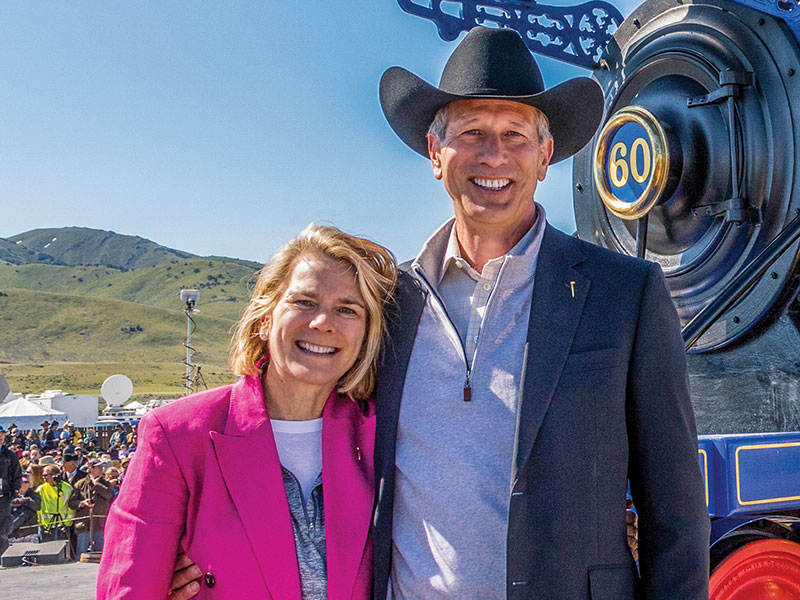 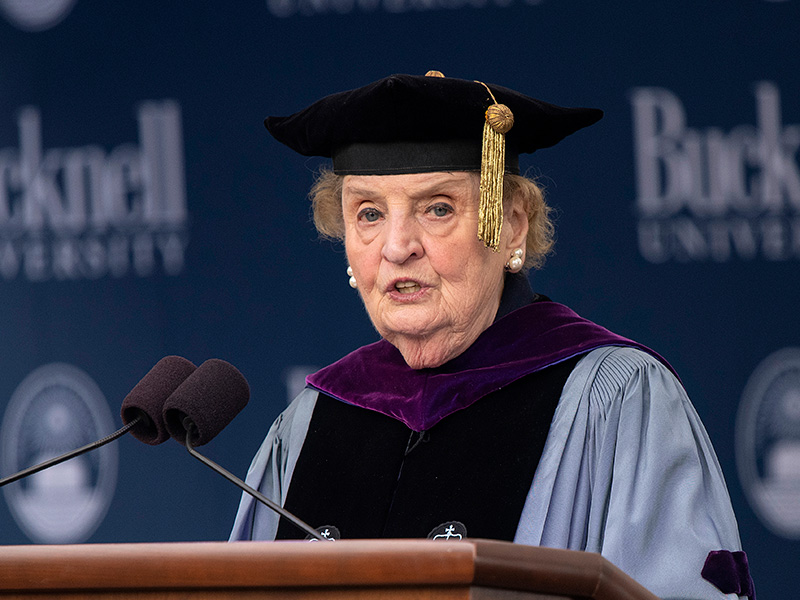 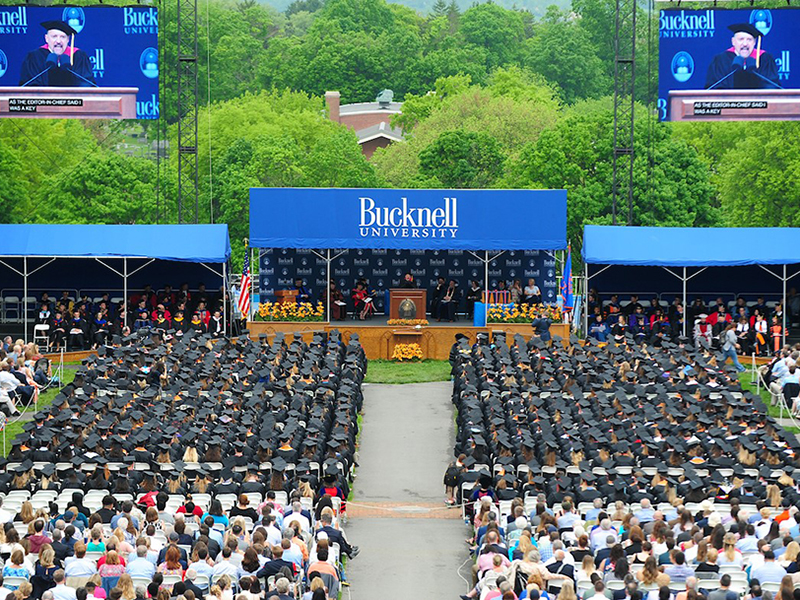 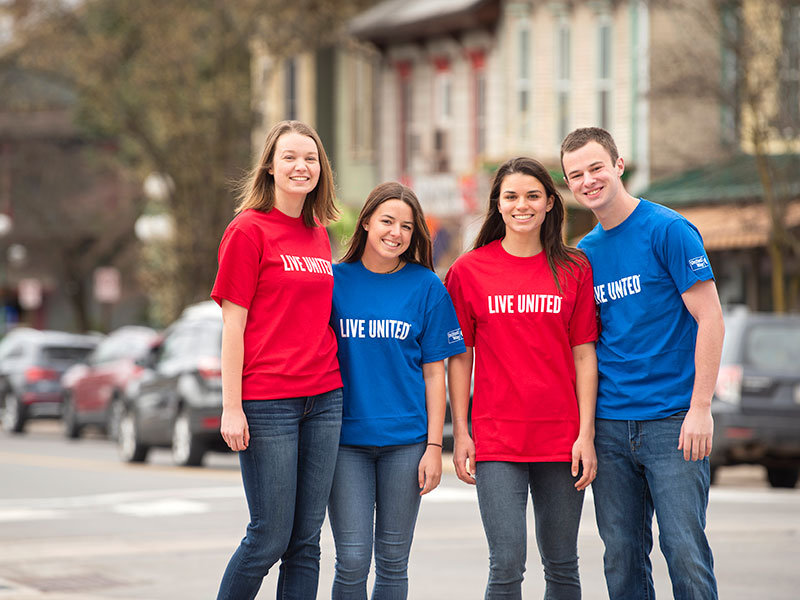